I’d never classify my family as poor when I was growing up, but I can say that, looking back on it, there were times when we may have been more “money light” than other people. I know this because, I have heard friends refer to things that I had no real concept of growing up. Things like: family vacations that happened every single year, going to sleepover camp, and college funds. But I’ve got to say, when I was a kid, I really didn’t notice our “money lightness” as much as think I could have. I think it was because my parents were very creative, and I was incredibly gullible.

For instance, I used to nag my Mom to buy me things at the grocery store, but we’d just pick up the same boring stuff: a tub of margarine, generic instant ice tea, rice, milk, spaghetti, stuff in boxes that meant nothing to me, some cereal that came in a big bag instead of a box, crap from the vegetable aisle, and an oddly fascinating, but in no way cool, super giant tube of ground beef.

I wanted what other kids like Heather Melville had at their house: candy bars, sugary name-brand-cartoon-character-endorsed cereal, a family snack pack of chips, and Caprisun in those cool pouches, but my Mom never budged. One day, when my Mom got sick of my attempts at just placing more expensive items in our grocery cart while her back was turned, she told me that I was old enough to understand the conditions of a secret deal she had with the grocery store.

She said she knew a guy who was one of the owners of the store. This guy let us get all of our groceries for free. Naturally, she didn’t want to take advantage of his kindness and put him in an awkward position with the other owners, so she felt it was best to only get what we needed.

My mom explained that all she had to do was show the cashier a special note instead of money, and we would get to just take our groceries without paying. I couldn’t believe it, but then my mom handed the lady a piece of paper instead of money, and we just walked out of the store. I looked at the other shoppers in the store and felt a silent sense of superiority. “Suckers!” I said in my mind, “You’re paying but my Mom knows a guy.”

As I grew up, I learned the truth about “the note.” It was what less creative people referred to as a “check.” I was forced to readjust my thinking that we “knew a guy” at the bank who gave us free money, which was disappointing, but I still marveled at the creativity of the lie.

My Dad had a different style of compensating for our money liteness–flat out ingenuity. When all the other kids were getting slip and slides, my dad got some industrial plastic from his work and slathered it with turtle wax. When we hosed it down and took a big running start, we could jump on that slide, whip fast too the end, and still slide three feet in the grass! Our neighbor Jeremy could get such a big running start that once, even the grass didn’t slow him down and he knocked straight into our shed. It was awesome! All the kids abandoned their slip and slides and came over to our house.

When the other kids at the beach had these little plastic pool toys to play with, we had something better. My dad worked at Southern Linen and he knew the guys who did maintenance on the trucks. We would swing by Dad’s work and borrow these huge truck “inner tubes” and take them to the beach. All three of us kids could ride one inner tube. It totally rocked. Later, when I saw on the local news that people were making their way to our Florida beaches by traveling in inner tubes, I smiled to myself and mentally started planning my trip to Cuba.
But Dad’s ingenuity really shined at Halloween. Other kids dressed up like Scooby Doo, Darth Vader, and other really cool, store-bought costumes that, at first, I envied. But then, when we got slightly older and bigger, Dad starting dressing up in “authentic” costumes he got from work. Each year as I got dressed as a chef, a surgeon, or any of the myriad of institutional workers that would have their “uniforms” laundered by Southern Linen, I would swell with pride. I remember pointing to the chocolate milk stain over on my surgeon’s scrub and telling the other kids that it could be “real blood” from an actual operation because my costume was completely authentic.

Then, I’d show them how my white pillow case with the words “property of Southern Linen” could hold ten times the candy of their plastic, orange pumpkins. I still laugh to myself when I think of how Heather, who had her own room and Atari, looked longingly at my pillowcase and said, “I’ve got to have my parents buy me a pillow case just like yours.” Because, not every kid could have a pillowcase like mine. You see, you have to know a guy. 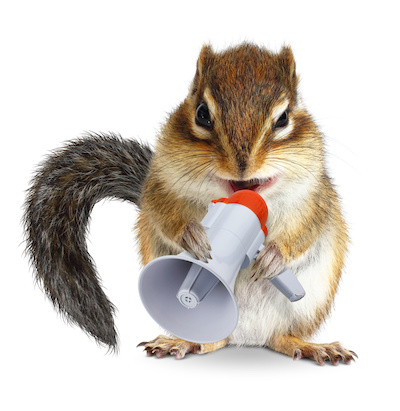